ZamRock Came To Philadelphia In The Form Of W.I.T.C.H. 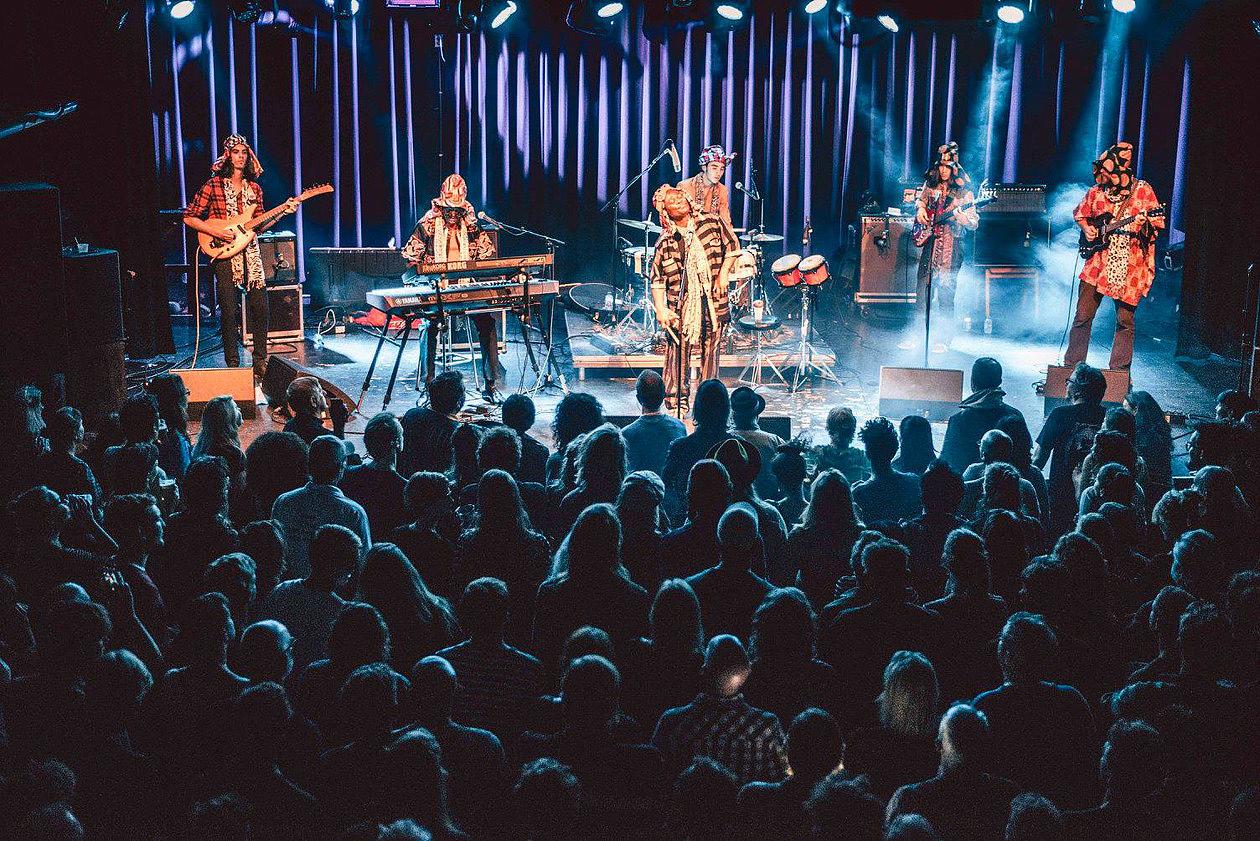 On October 19, 2019 I stood front and center at the First Unitarian Church of Philadelphia (performance venue) awaiting W.I.T.C.H.; pioneers of Zambia’s ZamRock scene of the 1970’s. As the lights were cast down, we were bedazzled by the arrival of the band spaced out in their own zones. The new brew of musicians mixed extremely well with longtime band member Patrick Mwondela. The iconic keyboardist was stationed like a chemist in his lab creating the most invigorating soundcraft. They wore hats like symbolic wide-brimmed crowns and vintage attire straight out off of a ZamRock album cover. 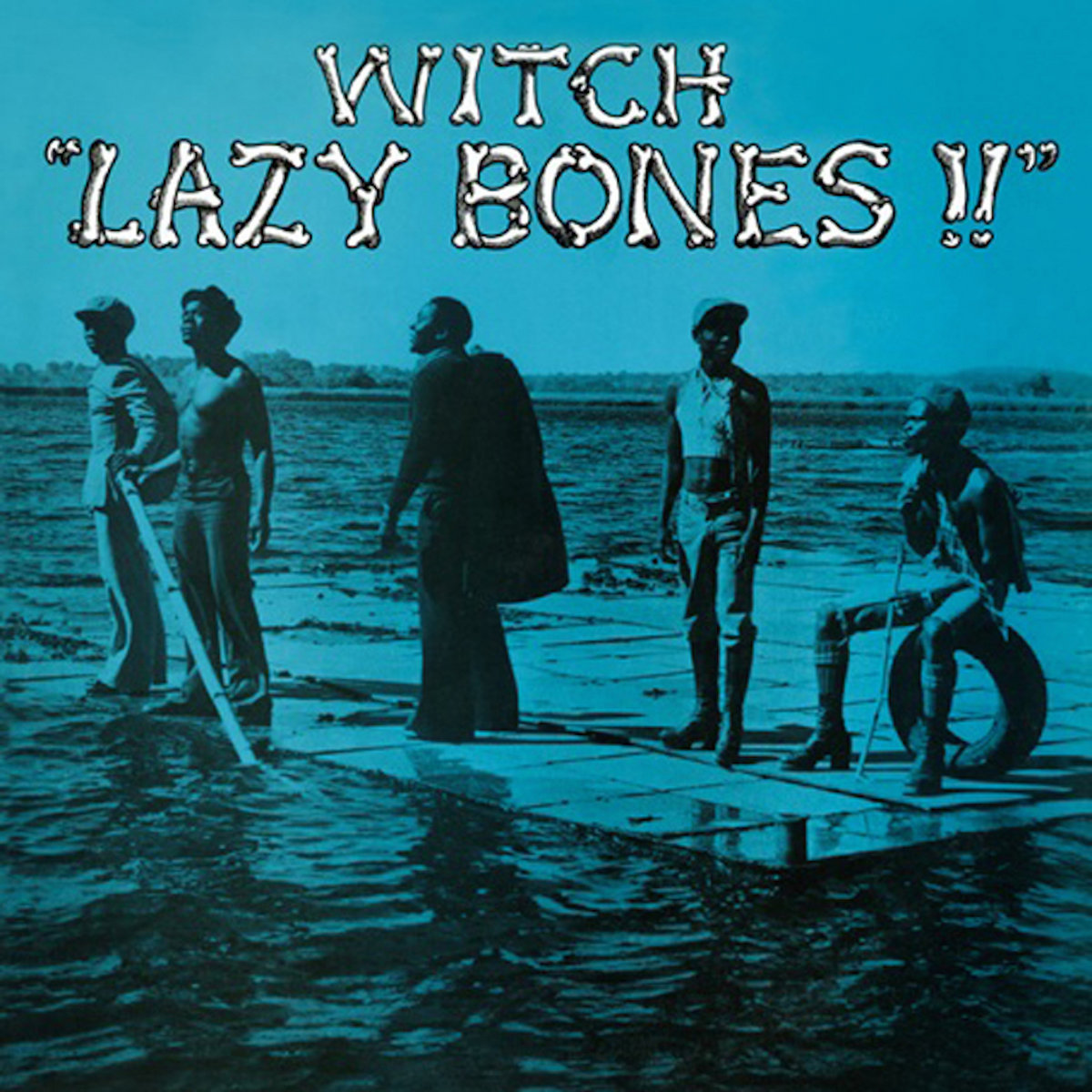 The right frequency of mood conjured living legend Emanyeo “Jagari” Chanda to the stage (last living member of the original band). His magnetic life force had the audience entranced! His vibrant, youthful spirit danced over and under every musical note. When Jagari chanted “Introduction ” (from the album released in 1974) it felt like the room expanded into a stadium and as if the spirits of the original band flew in. My favorite performance was when the band took us on an astro-ride with “Black Tears” (off of the album Lazy Bones!!). After years of researching ZamRock (a musical genre manifested in Zambia fusing Rock with their traditional music) I felt privileged having the opportunity to witness the ultimate Culture Rock sensation W.I.T.C.H.

My Roxsploitation bandmates Ronin Ali (drums), Chris Nelson (keyboards) and I grooved our rhythmic souls; holding on to each song tightly. Just as I started whipping my hair, Jagari emerged in front of me handing me his cow bell. Call and response gave me a treasured moment; rockin’ out with my Zambian Rock heroes. They played hit after hit! Yes, HITS! If the audience knows the songs word for word, then we the people certify them as hits!  It was hardcore. It was funky. It was psychedelic and it was the embodiment of Zambia’s rich musical heritage. W.I.T.C.H totally lived up to the meaning of their stage name: “We Intend To Cause Havoc”. 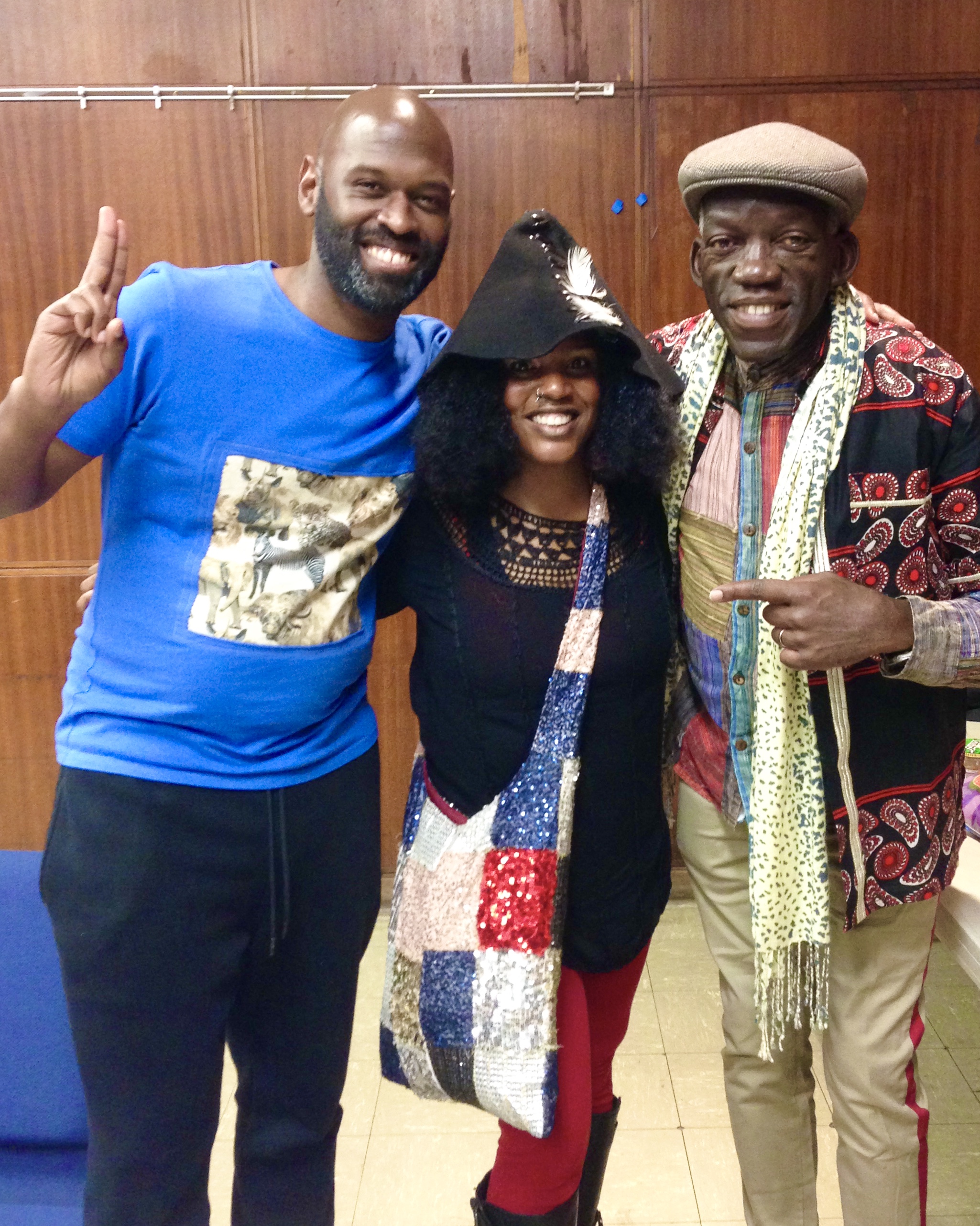 Meeting W.I.T.C.H after the show was the profound energy that connected me with Patrick Mwondela. Check out my interview with the keyboard maestro. 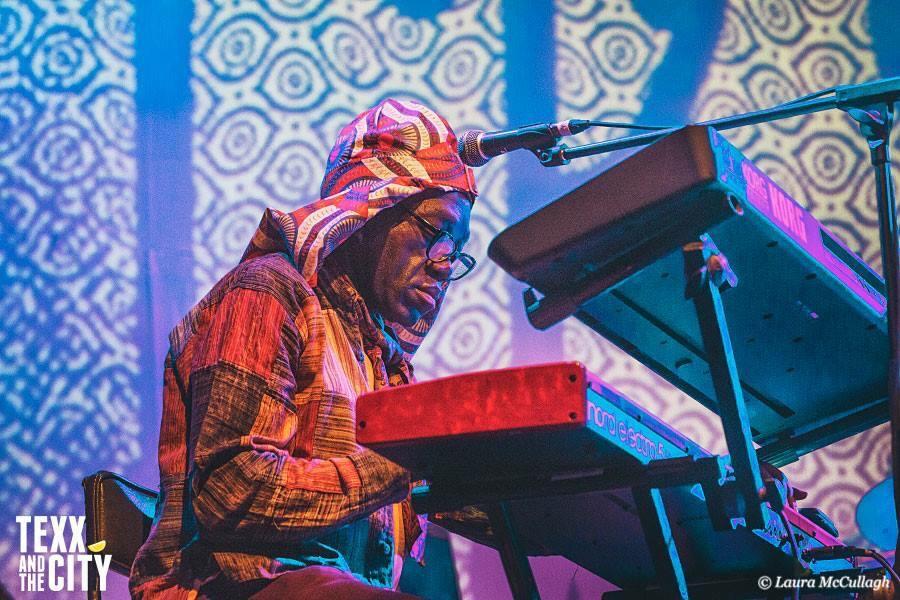 Samantha Hollins: What role do you play, past and present, with W.I.T.C.H.?

Patrick Mwondela: I’m the keyboard player that joined in the second W.I.T.C.H. band lineup in 1979. I was head-hunted with my guitarist friend Emmanuel Makulu.

Samantha Hollins: Primarily, how did you start playing with Zambia’s Rock royalty?

Patrick Mwondela: I was in a youth band called Guys & Dolls and we “stole” a show at a concert with other bands including W.I.T.C.H.. W.I.T.C.H. band was looking for new great talent. Hence the invitation to later join the band.

Samantha Hollins: Were you a fan prior to solidifying your role in the band?

Patrick Mwondela: No I was not particularly a fan. I was a keen observer and saw myself as a rival musician. We were very competitive and had our own band pursuing a different musical path.

Samantha Hollins: What was your initial feeling when you got word that you would be touring with the new line-up of W.I.T.C.H.?

Patrick Mwondela: I was so thrilled I couldn’t believe it was going to happen. I had the initial idea to have a concert in 2014 in memory of deceased Zambian musicians that were part of ZamRock. Footage was taken from the concert which later resulted in production of a music documentary of the W.I.T.C.H. band through Jagari Chanda.

Samantha Hollins: How did playing your first show with W.I.T.C.H. impact you?

Patrick Mwondela: It brought back a lot of memories. At one point I was touched to hear sounds from the other musicians that I heard all those years ago! It was and is always amazing each time we perform.

Samantha Hollins: You seem to zone out into your own world that connects you with your bandmates internally. Where does the music take you once the stage lights and music fills the concert venue?

Patrick Mwondela: I suppose it’s like an actor: you play the character you are on stage. We were musicians that played from the heart. Hence the emotions fans feel when we perform. We tend to bring something that touches hearts. On numerous occasions fans have expressed feeling a ‘warmth’ in the atmosphere.

Samantha Hollins: What influences do you take into your performances?

Patrick Mwondela: I’ve developed my own styles and I don’t recall the origins. I’ve learnt to express my musical ideas through my instrument. In the forming years the influences were from Motown music, Deep Purple, Santana, Earth Wind & Fire, to name a few.

Samantha Hollins: Can you tell me what is the response ratio of new and old fans at shows?

Patrick Mwondela: That’s hard to work out….we certainly know that most of fans have discovered the band in the last ten years! The music is appealing to the younger generation as well; people who were not even born when all the original band existed.

Samantha Hollins: What is your musical life like when you are not touring?

Patrick Mwondela: I have another profession. I’m a Data Protection Consultant and I work part-time with NHS (National Health Service). I advice NHS organisations on matters relating to Data Protection and GDPR compliance. 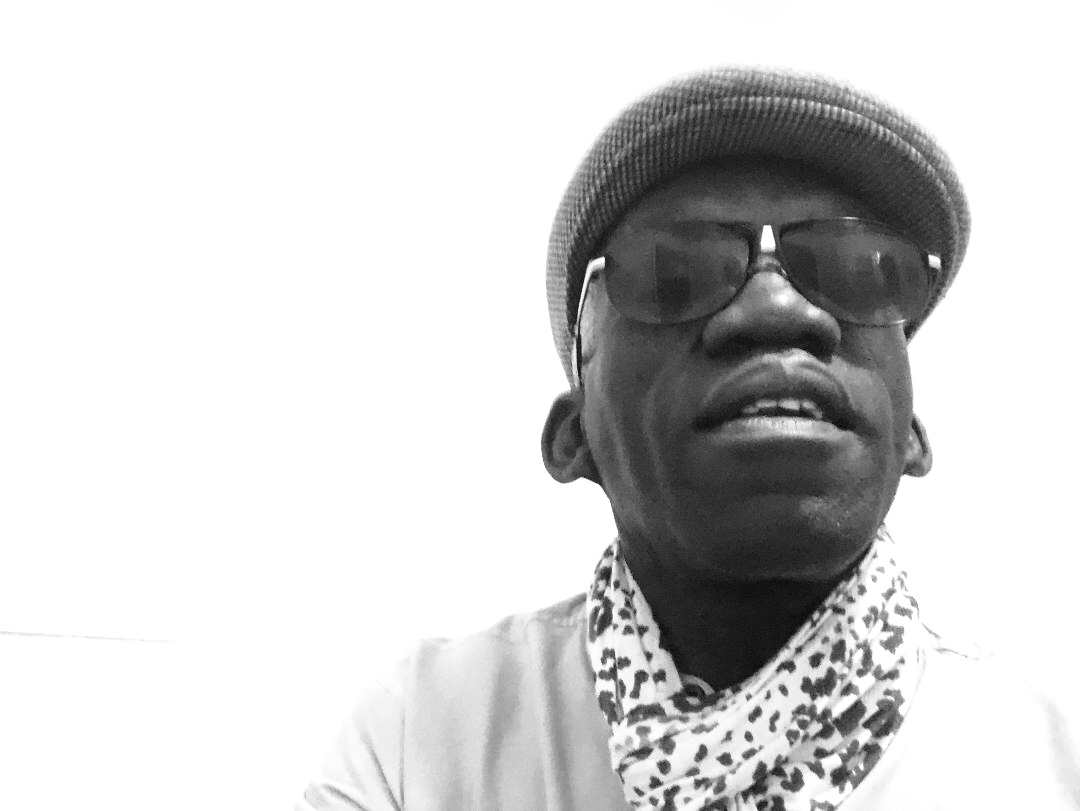 Samantha Hollins: When was the first time you fell in love with Rock-n-Roll?

Patrick Mwondela: I think I just embraced Rock-n-Roll from an early age when I was learning to craft my instrument. I started on guitar and clarinet then self-taught on keyboards. I suppose a greater appreciation came with joining the W.I.T.C.H. band.

Samantha Hollins: Can you describe the chemistry between the band and Emanuel “Jagari” Chanda during your 2019 tour?

Patrick Mwondela: I would say we just picked up from where we left it in 1979-1980. It felt like “business as usual”. The only difference is that we bring a different attitude and approach to our performance. Both of us had God encounters that have profoundly changed our lives.

Samantha Hollins: If I went to Zambia today would I find a thriving Rock scene?

Patrick Mwondela: Yes. I believe and have heard that there are some bands trying to rekindle the Rock scene in Zambia. We believe we’ve settled the music history records. Future Zambian musicians have a legacy they can look back on for inspiration.

Samantha Hollins: Much gratitude Patrick Mwondela for this epic interview. Sound travels so rapidly that the W.I.T.C.H. influence is now charming the world with their potent vibe; seeping into the history of Rock culture.

To be continued as we continue to explore the dose of ZamRock’s past!

To learn more about the documentary “We Intend To Cause Havoc” (Directed by Gio Arlotta. Written & Produced by Gio Arlotta & Tim Spreng), W.I.T.C.H. discography, future shows and more go here:

4 thoughts on “The Pioneer Report:”