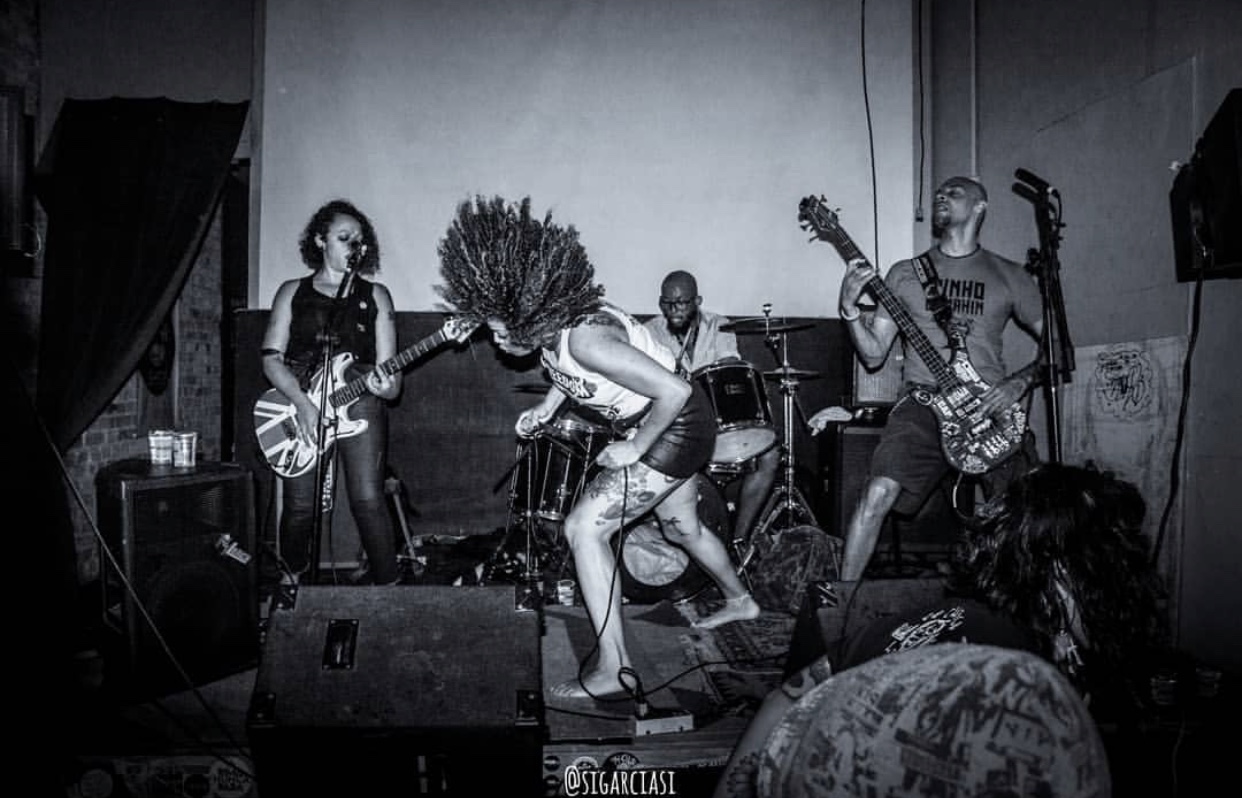 I love discovering new bands in the world that are keeping the roots of Rock pervading. On July 23, 2019 I reached out to a sister by the name of Juliana Aparecida of Metaleiras Negras (about Black women/Black people in Rock’n’Roll and Heavy Metal) in São Paulo, Brazil. I told her I was interested in putting together a show in São Paulo with other Black women in Rock and she pointed me in the direction of Punho De Mahin. After checking them out, I was amped AF! The power of their Punk Rock is unapologetically raw and conscious. I needed to know more about this band I would be rockin’ with once this “new normal” allowed us to tour again. Thanks to technology Portuguese and English translated into the language of Rock-n-Roll!

Samantha Hollins: Welcome to the Culture Rock Griot. Please introduce the band lineup, each position they play and the gear they use.

Punho De Mahin: First of all thanks for the invitation and know that we follow and admire your work. You are without a doubt an excellent musician.

The band consists of: 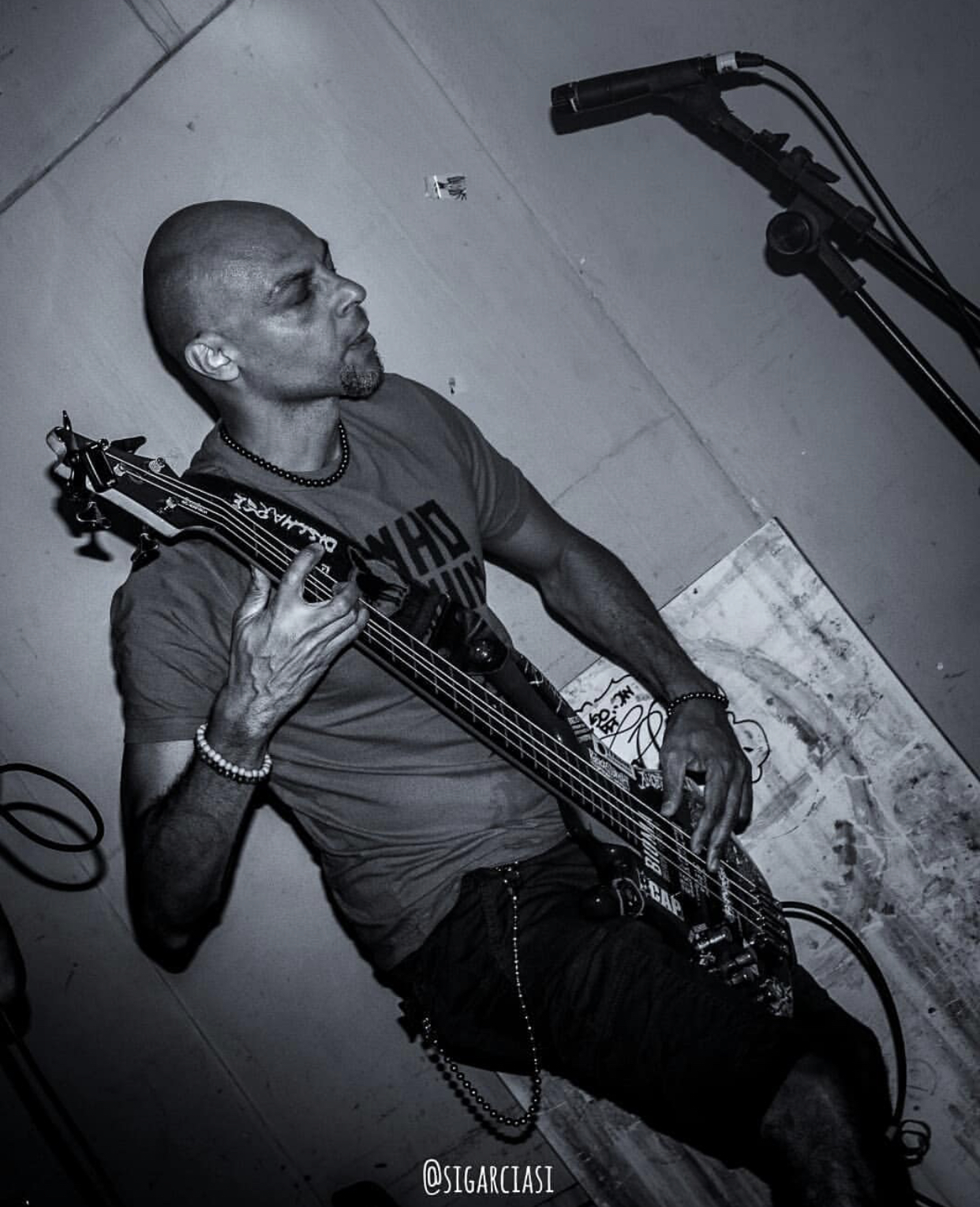 Samantha Hollins: I love the name of your band and what it represents. Please explain why you chose Punho De Mahin?

Punho De Mahin: The first time we met, we all received the same idea of referring to a name. It had to be something that made reference to a woman, a quilombola revolt or some revolution. We began to study several revolts that took place during the slavery period and to discover the powerful figure of Luiza Mahin, a Muslim woman who would have been a princess of the Ivory Coast, of the Mahi tribe in Africa. Brought as a slave to Bahia (State of northeastern Brazil), with her intelligence and articulation she was one of the main leaders of the Malês Revolt – one of the most emblematic revolts of the period. In Brazil and in the world, a dominant White elite has always acted to erase Black history, its victories and achievements, so there is information about this fascinating character in our history.

Samantha Hollins: When was the first time you fell in love with Rock’n’Roll?

Natália Matos: I believe that around the age of 14 or 15, I started listening to radio specific to the genre.

Camila Araújo: Around 12 years old when I bought my first Nirvana CD.

Dú Costa: It was the influence of the older brother who woke me to the sound of Black Sabbath in 1986.

Samantha Hollins: Is there a mainstream market for Rock’n’Roll in São Paulo? If so tell me more about the representation of Melanated Rockers? If not tell me your thoughts on why not?

Punho De Mahin: There is no specific music market for Black Rockers. There are spaces in São Paulo for Black people with different cultural activities, and that may include Rock or not. There is no commercial interest for the Rock in Brazil. There was a golden period in the 80s and 90s and it gradually disappeared. The music industry is fully focused on the popular styles. But it does not affect us. We have an appreciation for the Underground that has proved to be a space of resistance with the appearance of several bands with Black members, with Black women, bands composed of gays, lesbians, transsexuals and all with strong political and social content.

The Rock Houses are mostly open to Rock bands that do tributes and covers by established bands. There are not many places for the Underground. The mainstream of Rock is just another means of entertainment, while the Rock made in the underground scene, for the most part, has political and social appeal in its lyrics and posture.

Samantha Hollins: Your sound is so raw and very authentic. What influenced you to create your style of Punk Rock?

Punho De Mahin: We have Punk Rock as a school within Rock; varying among other aspects. The four have other distinct musical influences and all together is what forms the style of Punho.

Punho De Mahin: Our ancestors, that due to a condition called slavery were reduced to nothing, must have their values, memories and great deeds somehow restored. Therefore, in order to do so, PUNHO DE MAHIN recalls this history and transmutes the ancestry presented nowadays

Samantha Hollins: What is the energy like at a Rock show in São Paulo?

Punho De Mahin: São Paulo is a megalopolis with more than 12 million people from various backgrounds and this is reflected in the shows. There are several audiences in the same style. The public tends to be more critical, observant and attentive to the lyrics and performance artists. There is an audience that likes to watch shows only from established bands or bands that play covers (the vast majority) and there is an audience that honors new bands that are on the Underground circuit. Both of them transmit a lot of energy to both the player and the audience.

Samantha Hollins: I am interested in learning about a typical meal you would eat before or after a show?

Punho De Mahin: There is actually no specific meal before the show, but junk food for sure (lol) before and after the shows.

I happened to play hungry due to lack of time, lack of places to eat or even from taking food from home, but in general it will depend on the region we play. Our guitarist Camila is a chef and has worked in famous restaurants in São Paulo and we will propose a pre and post show menu (lol).

Samantha Hollins: Tell me about the vibe at band rehearsal?

Punho De Mahin: As well as the shows being energizing our rehearsals are too, and it is always guaranteed fun!

We like to talk about our experiences, as this also helps in the creative process of the band.

Samantha Hollins: Describe the process leading up to a show?

Punho De Mahin: The shows are often organized by collectives, some producer in partnership with the concert halls or houses of culture. We also organized some events, so we encountered some difficulties, but the result is always satisfactory.

Samantha Hollins: With so much creative activism in your music, what is Punho De Mahin’s mission?

Punho De Mahin: Awareness and confront “AFROntar” the structurally racist, sexist and fascist society in which we live. We want to highlight our ancestry and make evident the stories of conquests and struggles of Black men and women who gave their lives for freedom and equal rights.

Samantha Hollins: Being that your band formed in 2019 where do you see yourselves 5 years from now?

Punho De Mahin: We hope to have reached as many people as possible with our message, playing in various regions of Brazil and with at least two recorded albums. Who knows? Maybe play in other countries?

Samantha Hollins: Are there any cultural rituals deep rooted in your music or live performances that is totally a Brazilian thing?

Punho De Mahin: The predominant style is Punk, with all its variables. However, the band is not limited to traditionalisms, so that in some songs we introduced some rhythmic elements typical of northeastern Brazil and it was really cool. These rhythmic possibilities can and will be further explored when we rehearse.

Samantha Hollins: Thank you so much for your time. Do you have anything coming up that you would like to share with the Culture Rock Griot audience?

Punho De Mahin: I would like to thank the public and you for the space for the interview. We expect you here in Brazil soon to play on the same stage.

Samantha Hollins: What lessons have you learned that you would share with young Rockers of African descent coming up in Brazil?

Punho De Mahin: We would like to tell these young people that they should not in any way let someone say what they should be, what they should do or question their ability. And say that the Rock is theirs. Rock is Black. PUNK WAS BORN BLACK. The subversive music is Black and they should occupy all possible spaces so that everyone can hear your voice!

Samantha Hollins: You are very welcome Punho De Mahin. I will be counting down to the moment I get to feel your revitalizing sound live. Your interview is confirmation, that no matter where people of African descent dwell in the world, the struggle is the same. Punk Rock is merely one of your weapons of choice. Your creative ARTivism is much needed and appreciated. I am practicing my Portuguese, so Obrigado para você Punho De Mahin! 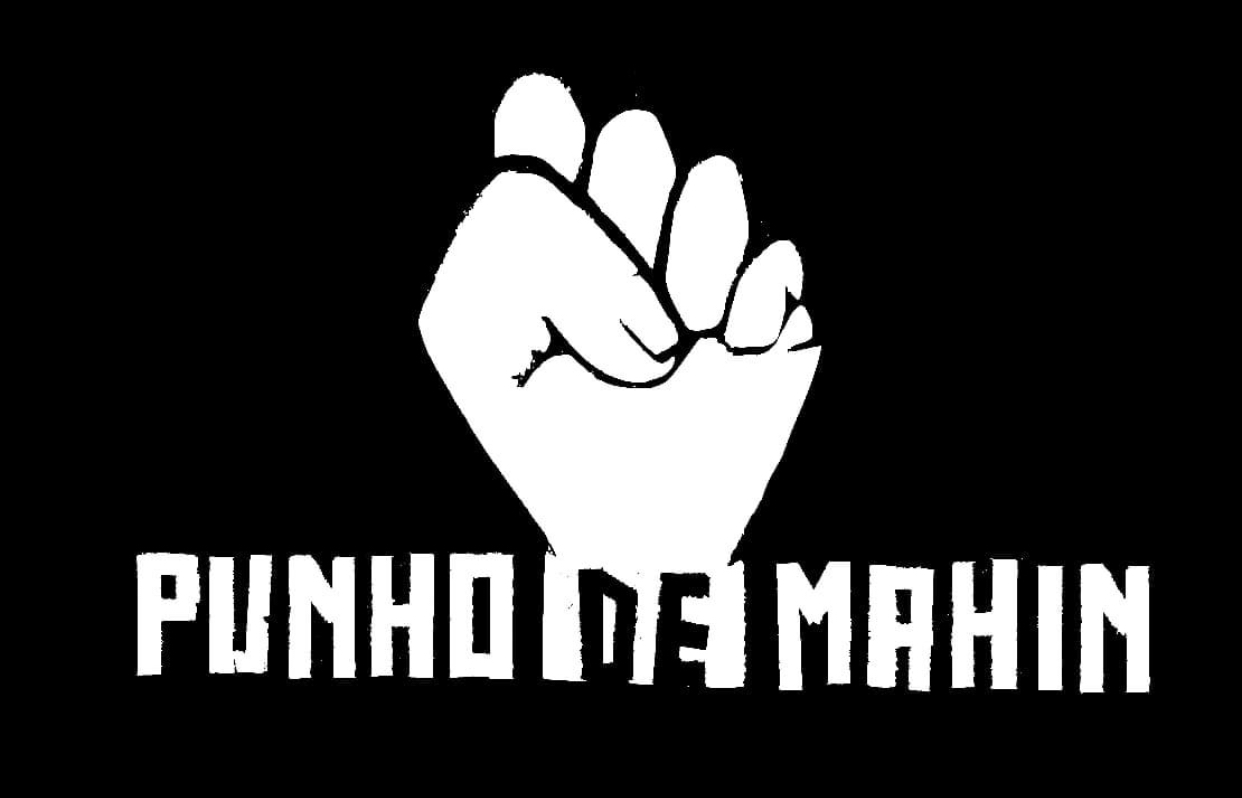 Check out Punho De Mahin on their social media channels: